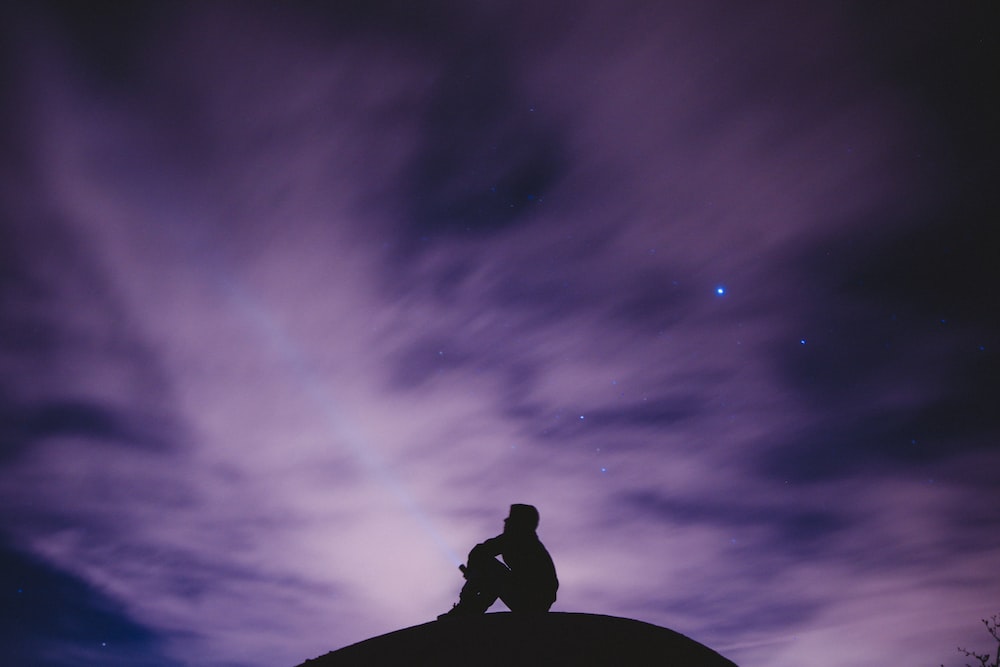 A fun imagination of describing the universe as an organism.

So when I was in 11th, I had read somewhere that the shape of the eye and a galaxy looked quite the same and I just had a thought that what if our entire universe was nothing but just a body of some organism. Ridiculous, I thought and thought nothing about it all day long, but somehow my brain fixated on that idea and began thinking about it at night.

Now first thing first, imagining the entire universe to be a body was mind blogging, so I decided to step down a bit…. I thought of the solar system as a universe and decided to scale it up gradually.

So now I assumed that our cells are like something any cell of an organism should have, not necessarily the same thing but some basic features.

So now the first thing I wanted was a cell, so if I assumed the solar system to be a cell the first thing that comes to mind is that the sun is a mitochondria. Well, it kind of made sense although the idea of mitochondria being in the center of a cell made my head ache a bit. So what are the 9 planets? (I know there are 8 but well there are 9 things that we know of that are something same). Well I couldn’t guess so I started off with Earth, well there are people in there and who are that intelligent that can ask basic questions about the universe, so I guessed Earth to be a nucleus (you know the brain of the immune system), so that made the planets like the nucleus of the cell or something. (Some cells have more than 1 nucleus so I wasn’t bothered by that although each nucleus looking different did) Well another question did hit me that time

If we are a part of a cell why do we fight among ourselves? I could only think of one answer, maybe our cell has an internal autoimmune disease and that is causing the cell to break out or something.

( You must now be thinking how come it does not get any stupid ). Well I did think yes the things which I am starting to think right now are ridiculous but I got a thought how if the cause we are fighting with each other is similar to the cause that causes autoimmune disease)

Well, now one thing is that in a cell there is something called lysosomes and its main function is to break down things or make the cell commit suicide in case of some problems. Now I realized one thing which is it is not necessary that our ‘universe organism’ will have the same parts but there should be certain functions/ parts which a cell should have I guess. So I began thinking about what could be lysosomes and only one thing came into mind ‘black-holes’, which means if you think about it, it does make sense they are present in various places in the universe, they break down things and consume them. (I am not going into what happens inside them and about hawking radiation right now) So if our solar system is a cell and it should have lysosomes aka the black hole. But we know that our solar system does not have a black hole ( well now there are some speculations that what was once considered to be the planet behind Pluto could be a black hole so it may be true that our solar system is a cell we shall come back to it later).

Now just for some time let’s discuss another aspect:

Now there is a question of whether our whole universe is a multi-celled organism or a single-celled organism. And it’s not ridiculous to think the entire universe to be a single-celled organism also, because if we consider a cell it is very small and for it, our entire body seems very huge. Also, we are rotating around the center of our galaxy, so it’s like we are circulating the body or a cell. It does make sense a bit. Of course, our circulation takes 200 million but as we all know time is very relative. An interesting fact is that all organisms ( right now I am talking about Earth as I am not sure about others ) have the same number of heartbeats in a lifetime on average. That means a rat that lives on average 2–3 years (different species remain have different lifespan) has the same number of heartbeats that of an Elephant which lives on average for 70 years. So for us what seems like a very long time might be just like seconds to our ‘universe organism’. Also what we consider a universe to be just a single cell and there are multiple of our so-called universes to make an organism.

Well now a problem arises: If our universe is a multi-celled organism then why haven’t we made contact with other lifeforms. Because it’s a fact that if an organism is complex it should have communication with other cells, but we have not received any such communication. Well, I can think of the following arguments to counter it:-

Let’s go through each argument one by one and think about what can be the reason.

First argument: Our ‘bobby’ is a single-celled organism

Well now for me this argument does not seem true. First of all our universe is not defined. There is only what we say an observable universe, and that too we have not explored yet, and also we are revolving around the center of our galaxy, and as far as I am sure a cell does revolve around an entire body. There is a way around it but I think. First of all, why is blood circulation necessary for us, primary for blood to deliver/get food, oxygen, and filter. Now it can be that our bobby has multiple organs to help in it like it our it has some different systems which we are not aware. ( I have a question, does our cell know that they are getting filtered and all, you know they might be just ‘revolving’ and what we think of ‘filtering’ they may think of some natural phenomena like rain or lightning. ) There can be many things but for me, I am not convinced of this argument.

Second argument: Our ‘bobby’ is still a baby so it’s still developing

I like this argument, well our universe is 14 billion and actually, there is a chance that we are the first species to have developed such intelligence as the possibility of such a life is not known. Well, you know what let’s have a small discussion about this too. Well now let’s think about what could be the reasons we have not found any intelligent life. First thing is that we are the first species to have developed such intelligence. The second thing is there could have been more advanced species before us but died due to various reasons. You know the reasons could be because of some war or because of climate change (you know some reasons which could kill us too). Also if we talk in bobby’s sense old cells should die automatically therefore they died (I am not sure what the cell is yet but something like that) or there can be some super-advanced civilization that we don’t know yet that kills civilizations as soon as they reach some technological level or after some billion years (like some white blood cells in our body that kill cells which are too old.) If we are living more than we used to live before, what does this mean, is our cell becoming more advanced, or do we have something like cancer. Ya just think about this for a second, cells become cancerous because they don’t want to die, and that is just the case with us, we don’t want to die and we are creating more and more modern things but what if this is like cancer for our cell. I think I am confusing a whole lot of you who are reading this. We went from ‘bobby’ developing to ‘bobby’ having cancer.

Let’s just come back on point, so it can be that bobby is just developing now and we are like the first organs/tissues/cells that are made and slowly more and more things will be developed. So if bobby is still developing is he a fetus? Well, you decide that….

Third argument: Our ‘bobby’ has some kind of disease that is preventing communication.

Now the third point is that our bobby has some kind of neurodegeneration that is not allowing for our body or cells to communicate with each other. So well our “bobby” can be suffering from that, and if we allow this we do open ourselves to a lot of possibilities, you know it may explain why ( what some people believe as Aliens were there in starting and communicated ). This is an absurd theory according to me though, cause well let’s think about it for a second. If our “bobby” has neurodegeneration then also it means that maybe we are a part of a nerve or brain cell and if we are not receiving any messages then there can be 2 possibilities: -

First is that we were not performing some important part of the brain and even if we die, well the organism can continue to survive ( I guess that is equivalent to motor disfunction or speech slurring well they are pretty important but an individual continues to survive)

The second is that our entire “bobby” has become brain dead and in that sense, the body is slowly decomposing ( I am guessing, well it can be that brain dead people still live ( well there are some debates about it but I go under the assumption that brain dead people are legally dead. So how is it we are still alive? Ok there is a basic thing to be known here, even after a person becomes brain dead other cells can continue to live on ( their performance and functions are hindered ) and now that we are receiving sunlight and it’s continuing to work we are alive but in a dead body.

Ok, this is all very confusing even for me, but then let’s summarise some things, we ruled out the possibility of our “bobby” being single-celled, which means either it is still developing or is braindead. We also discussed the possibility of our cells having an autoimmune disease which is the reason we humans fight ( I have another take on this aspect too which I shall mention afterward hint: We humans are kind of bacterial or viruses trying to take over the host cell ). Now if the universe was an organism it should have well some basic functionalities of a cell. Let me visit my biology textbook to see what all things are present in a cell. 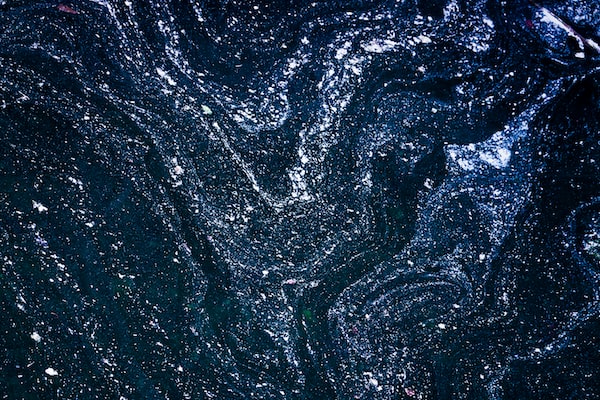 What are the limits of Evolution?